Mottos and Code of Conduct

Principles about the Use of Force

About the practice of the Wing Tsun

THE CODE OF CONDUCT 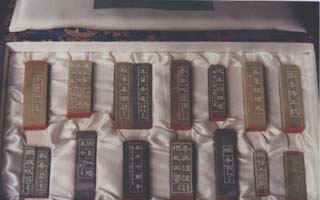 The following is the code of conduct affected the so-called tables of Wing Tsun. These are the tablets of stone inscribed by Moy Yat behest of his master, Ip Man. The Grand Master, in fact, to properly perpetuate the mottos of Wing Tsun in a simple but complete, he decided to create a written document, engraved on the stone.
Ip Man had engraved his Todai Moy Yat Kuen Kuit of the Wing Tsun on these slabs of stone, still preserved in the museum dedicated to the same Ip Man. Moy Yat was an artist specializing in the creation of sculptures and seals and immediately accepted the assignment .
When we speak of the tables we must refer to less than 51 different kinds of stone, carved in 51 different styles. They were employed three years to find and select the stones to be used and an additional three years to carve them. They were displayed in four specially constructed containers.
The stones contain the mottos and the genealogy of the Grand Masters, from the founder Yim Wing Chun until Ip Man. They are engraved with the basic system training levels (Siu Nim Tau, Chum Kiu, Biu Tze, Muk Yan Jong, Luk Dim Boon Kwan and Bart Cham Dao).
On the death of Ip Man, the Wing Tsun Tables returned to Moy Yat. The latter made accessible giving it to the museum in which today are still exposed. The following is the code of conduct that our Ip Man wanted to entrust us. 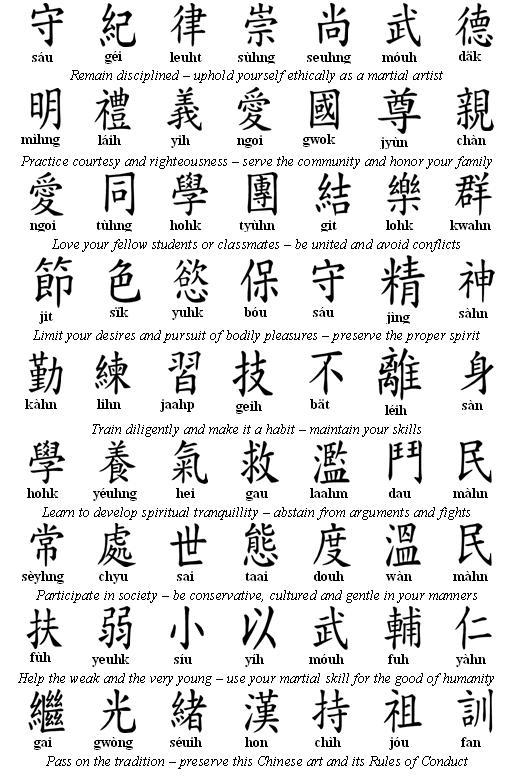 N.B.: The phonetic translation is Cantonese, not Mandarin Chinese.