The five phases of a fight

In a situation of self-defense there are no real rules of loyalty that can alter the outcome of a fight. This is because in Wing Tsun we attach importance to a workout that is as complete as possible and that it recognizes all the "five steps" that are part of a combat situation.

In every situation above mentioned principles of Wing Tsun can be successfully applied, this is the reason why many martial artists embrace the WT. 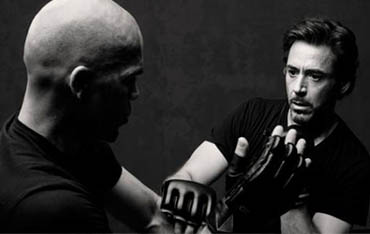 The WT starts where most other styles ends: the short stage combat without compromise!

The WING TSUN is the smartest self-defense system ever thought of by humankind, because:

1. It is not based upon physical strength or acrobatic ability and therefore allows a weaker person to defend himself
2. It teaches you to use the attacker's force and ritorcergliela against through the four-way force ":

2.1 Be free from your own strength
2.2 Get rid of the aggressor's force
2.3 Use the aggressor force
2.4 Add your attacker's strength to strength

3. WT self defense movements derive from tactile reflexes that are mechanical and directly determined by the opponent. In this way WT is not susceptible to optical manipulations intended to mislead the fighter.
4. It meets the demand of "proportional defense" and therefore lends itself for use by law enforcement.
5. It's a full martial art. His sense is not so much in the outside as in the revolutionary totality of stylistic concepts! The immediacy, the small number of movements used, etc.. They make WT the fastest martial art!
"Less is more"

The 4 Principles of Wing Tsun

The WING TSUN more than a compendium of many single techniques is a complete martial art system.
It follows the strategy of aggressive defense from Latin aggredio approach something.
At the highest level of the system hierarchy are the four principles:

The economy of WT

The WT is conceived in such a way that a person can manage a fight effectively with just a few movements. The best self defense is one that can defend the most attacks with the least amount of movements!